The Gateway of Paradox

Two unrelated things this past week have captured my imagination; one an article from the New York Times and the other an HBO documentary. The article, The Senseless Logic of the Wild, was a story of three young men on a kayaking adventure in the Alaskan wilderness and a random incident that defined their lives as they moved forward. The HBO documentary was The Inventor – Out for Blood in Silicon Valley about the epic fall-from-grace of Theranos and Elizabeth Holmes. It’s an incredible story of deception, fraud, fear, and the dangers of entrepreneur worship.

While these two stories are wildly different, they both have the paradox of agency and helplessness at their core.

What is this paradox?

The paradox is that we can be more effective and have more agency in the world when we admit our helplessness. We can also become trapped in a nightmare of helplessness when we deny our limitations.

While it doesn’t feel good to come to the end of our own powers and admit our limitation, it is also in these moments that life shows us that we are actually capable of more than we imagine. When we allow in help, we create greater things. Thus, the paradox of seeing we are our most powerful, through the path of our powerlessness.

In the story of the young men and Alaska, there was no question of these young men needing help. In a cruel moment, they became 100% dependent on rescue for their survival. However, after the immediacy of action, people around the author wanted to make meaning out of this event. He resisted this inclination.

“There was comfort for me in accepting the arbitrariness of what happened, in regarding it as a spasm of random damage in time and space that, just as randomly, a small number of human beings got the opportunity to repair. We were more capable than I had understood. We were also far more helpless.”

What he learned in those moments is we are intensely vulnerable on this planet, and we are capable of responding. A focus on meaning doesn’t necessarily help us respond to reality, but actually buffers us from it. He felt more release from fear by accepting the hugeness of our ultimate helplessness, knowing that in that experience of helplessness, there was more agency than he would have imagined.

The Alaska story is relatively simple. It was not their fault they were brought to this point of helplessness and the questions of paradox and meaning came after the events settled.

On the other hand, the Theranos story was a slow-motion disaster of good intentions, dogmatic belief, and a need to appear brilliant. If you don’t know the story of Theranos, this company was going to disrupt the blood diagnostics industry through technology, shifting the power from doctors and large testing companies, to the consumer with access, low costs, and fast results with only a drop of blood from a pin prick. Theranos went from $9 billion in valuation to “less than zero” in one cataclysmic fall.

The story is worth getting to know, because of all it says about how we dream, work, succeed and fail. Elizabeth Holmes lived up to the stereotype of Silicon Valley entrepreneur, with her black turtlenecks, intensity of work habits, and zealous belief. She believed her own spin and vision over the reality of what was happening in the lab with her own employees. She needed to believe her spin. $9 billion in company value depended on her believing it, not to mention her identity.

However, her company, investors, employees, and the people served by Theranos needed her not to believe her own spin. The rest of us needed her to live in the world of reality, limitation, disappointment, and helplessness.

Had she opened the door to those questions, there may have been very different outcomes for her and her company. Had she been able to listen to the scientists and engineers, had she prioritized patient safety and transparency over image, her vision may still have investors with a passionate and empowered team working to make it happen. Instead, there is incredible wreckage in the wake.

I don’t want to call this hubris, our determined blindness to our limitations. Our very human inability to embrace our own helplessness is our inability to reckon with fear, doubt, and failure. All of these things are hallmarks of all of our lives, particularly for people who are attempting to chase big dreams, like Elizabeth Holmes.

Calling her a fraud is missing the point. Naming her failures to be about integrity ignores the truth that her loss of integrity is merely a symptom of not being able to admit her limitations and helplessness.
Our culture does not make this easy. We want to celebrate genius heroes offering a non-stop stream of achievements and inspiring sound bites. However, the path of courage is to open ourselves to our limitations with humility and call uncle when we come to the end of our powers.

After the documentary, I felt such compassion for Elizabeth Holmes. I don’t see her as a villain, despite all the damage. I see her as too terrified to be able to see and accept reality, much less respond well.

As an entrepreneur, I have felt a terrible need to keep up an image of success. At times, I would be so afraid of my own precariousness that I would hustle to cover the messy underbelly of my company from myself and everyone around me. In fact, I have compromised my integrity in the name of “never giving up.” Honestly, I wouldn’t believe it if any entrepreneur told me anything different. Or really anyone. We all know this experience from the inside.

So, what are we supposed to do with our experiences of limitation and helplessness in the face of reality? As a first step, we can ask what it would be like if we changed our ideas about how we are “supposed” to be?

What if all of us knew in every project worth doing, we will:

All these things do not make us bad. They make us human. And the more we embrace these very clear and obvious truths, the more we will be able to quickly identify them as they happen, be compassionate with ourselves and others, and move to make skillful changes to move our projects forward.

As our author of the Alaska story tells us, we are more capable and more helpless than we know. Embracing that paradox makes all the difference.

Helplessness will happen. It’s a part of life and every project worth doing. In fact, we can see it as an opportunity or gateway for breakthrough. We reach the end of our capacity and suddenly we can see that we now have an opportunity to participate in something grander than ourselves. What a cool thing! And it can still feel bad. It can be both.

So, how do we work with it? 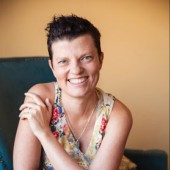 Sarah is an innovative business leader, executive coach, and group facilitator. As a leader and communicator, she builds community, meaningful connection, and cultures of growth and excellence. She is passionate about business as a tool for creating the world we all know is possible. 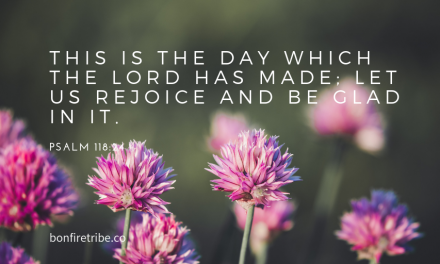 This is the Day

All we need is love, right? 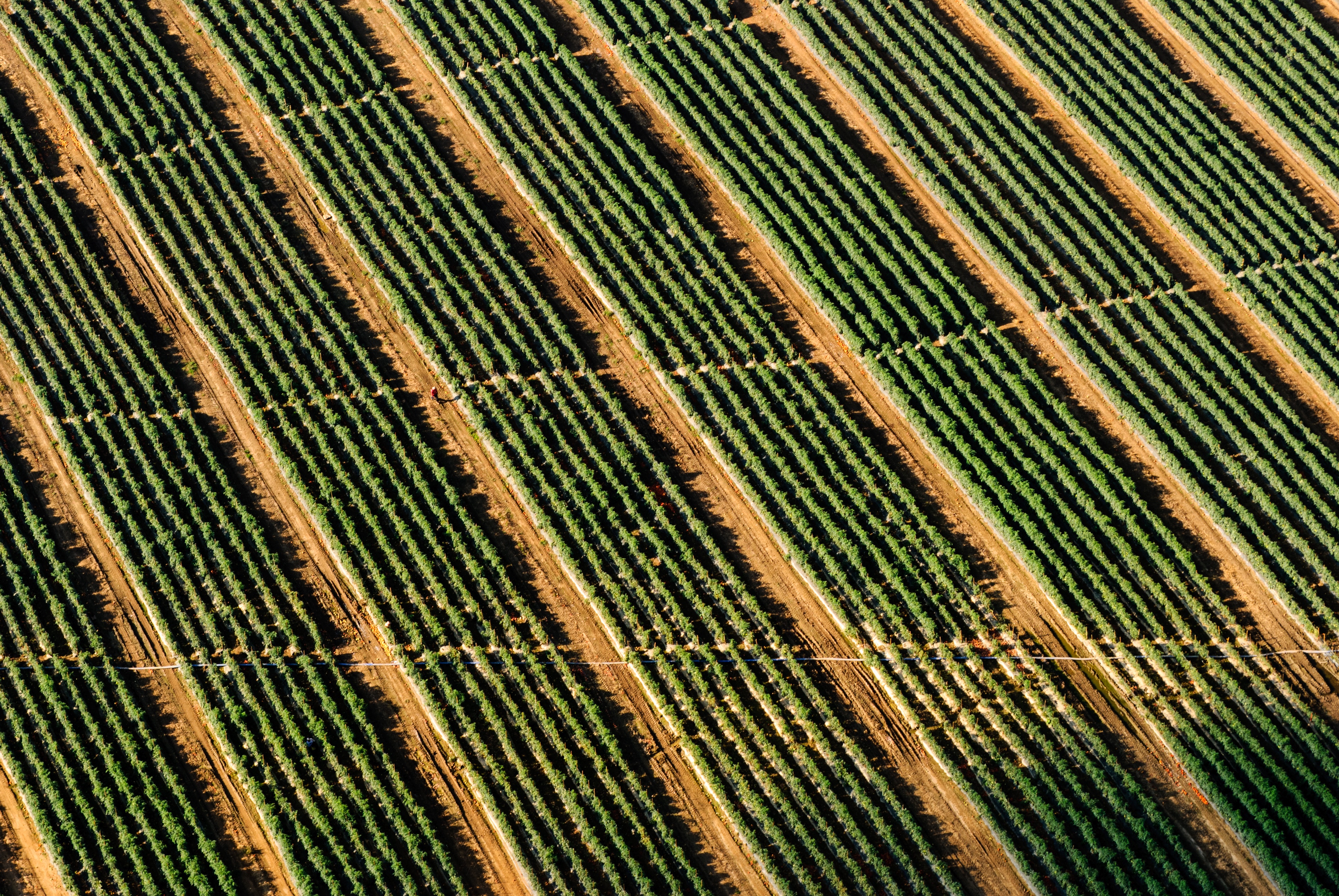 Relationship with your Business

You have Successfully Subscribed!

We ask the questions: How do we create a world of justice, beauty, connection, belonging, and vitality? How do we make choices in how we work and live today to move in this direction? What does vitality mean? What does it look like? Feel like? And how do we create it for ourselves and others? How do we be a part of creating a bright future for all in the midst of societal, economic, spiritual, and environmental crises? How does faith or the absence of faith in a larger reality influence how we live? Bonfire is a place of inspiration and community for people who aspire to help create the world we know is possible.
Warning: Invalid argument supplied for foreach() in /homepages/28/d656344735/htdocs/clickandbuilds/BonfireTribe/wp-content/plugins/feed-them-social/feeds/facebook/class-fts-facebook-feed.php on line 1811

Warning: Invalid argument supplied for foreach() in /homepages/28/d656344735/htdocs/clickandbuilds/BonfireTribe/wp-content/plugins/feed-them-social/feeds/facebook/class-fts-facebook-feed.php on line 658

Warning: Invalid argument supplied for foreach() in /homepages/28/d656344735/htdocs/clickandbuilds/BonfireTribe/wp-content/plugins/feed-them-social/feeds/facebook/class-fts-facebook-feed.php on line 669

Follow on Instagram
To see the Instagram feed you need to add your own API Token to the Instagram Options page of our plugin.
Warning: Invalid argument supplied for foreach() in /homepages/28/d656344735/htdocs/clickandbuilds/BonfireTribe/wp-content/plugins/feed-them-social/feeds/instagram/class-fts-instagram-feed.php on line 906